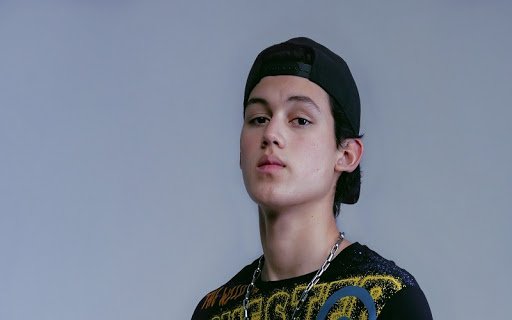 Guatemalan singer-songwriter Keneth Girón Martínez, better known in the artistic world as “Keneth”, is preparing for a new challenge in his career. Thanks to his previous single “When I Lost You” he achieved important positions in lists of countries such as Mexico and Colombia. Keneth starts this 2021 under the label of GM Records INC. With this new song called “Party At Home” a song that in these times of pandemic clearly invites fun but with responsibility.
Written by the same artist in the company of Wilson Salinas, it was one of the first songs to be recorded in the Palma Production studio in the city of Medellín – Colombia, guided by experienced producers who have been responsible for countless hits by artists such as Golpe a Golpe, J Balvin and much more.
The video was recorded under the highest quality standards in the beautiful city of Guatemala, directed by the experienced Guatemalan director “Dímelo JJ” where he knew how to graphically portray the essence of this great song to perfection.
“Since I entered this studio there was a lot of musical chemistry and successes have been created, I was looking for different lyrics and to make an innovative and fresh song from there, a song with a lot of attitude, rhythm and above all love and work came out at home” Keneth. It should be noted that Keneth arrives in Venezuela under the label of “Zona Vip” belonging to the production company “Zoom Music Producciones” and the great team of the artist Keneth with “GM Records Inc.”