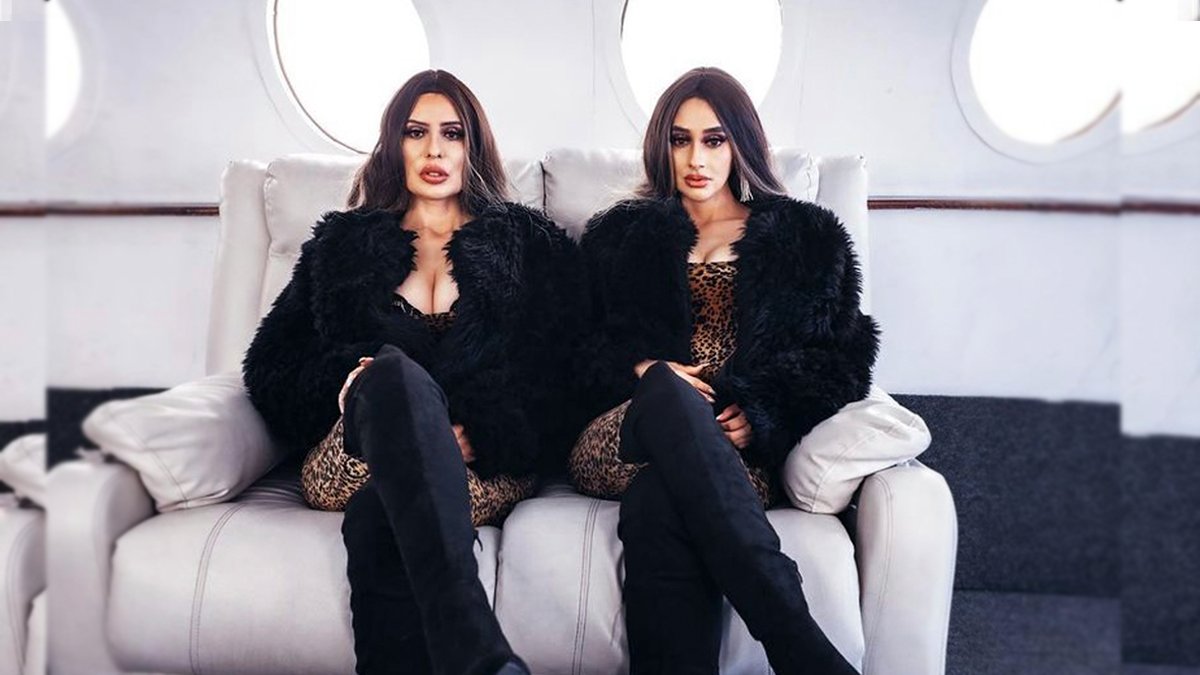 Born to parents that migrated from MIchoacan Mexico. These ladies grew up in East Los Angeles and are no strangers to the music industry. Their Regional Mexican/Pop “Spanglish” style of music focuses lyrically on the fun part of life and empowerment of women and youth.

The duo began working together when Elsa (the eldest of the two) approached her sister Maggie about her dream and thus the journey began. These talented ladies are versatile as they produce, write and create their sense of style themselves. They are both choreographers, which comes much in handy and both were in a party crew that competed against other dance crews for dance titles. Elsa has performed in school chorus lines since the age of 5 and was also in dance performances.

Maggie was also a cheerleader in High School. Although they grew up in the same household they experienced life in a different way. Elsa got sexually molested by a close family member, got bullied by peers and family, battled an eating disorder and got into an abusive relationship. She hung out with taggers and gang members because she felt no support from family after disclosing she had got molested.

Maggie was always very popular and very well liked by her peers and family. She won the title of most attractive in middle school and was displayed as the model for Anthony Loya photography in her senior year of high school. She encountered bullying for the first time in her freshman year in high school so this prevented her from having a normal high school experience.

These girls complement each other like peanut butter and jelly, their strong love for each other is undeniable. They are both influenced by the passion and love they have for music . Though sisters, each one had different childhood experiences.

Elsa had to deal with overcoming a few challenges as she experienced abuse at a young age, well into her teens and then found herself in an abusive relationship as an adult. She then began putting her emotions on paper, which opened an avenue to escape her pain. One of the songs on the album titled “Yo Quiero Volar” (I Want To Fly) speaks on the abuse she encountered and how she was set free.

Maggie is motivated by the adrenaline rush she gets each time her music touches someone else. She describes herself as a go lucky happy individual who enjoys life. As a teenager she enjoyed dressing up and wearing heavy makeup, which got her stereotyped as being a “Party Girl”, “I was my sisters experiment,” she says with laughter”.

” Elsa was my mentor… we loved dre ssing up and causing Chaos!” In 2010 Las Mil Amores released a single titled “Noche de Party”, a song that Elsa says was inspired by her sister Maggie. It became a MySpace sensation within the underground party scene in no time. This song had over 400 downloads in two days and they began getting a buzz within the Los Angeles community. They followed the single with a video that was also posted on YouTube with a great response and then a second video followed for a song called “Damas de Pura Calidad ” (Ladies of Pure Quality) .

Las Mil Amores faced a lot of rejections from industry individuals in the past when they were trying to showcase their music, but they want to get the message across to others pursuing their dreams “Do not pay mind to what people think but follow your passion and you will succeed!.”

Even though their music appeals to everyone it identifies closely to women. These young ladies’ goal in the next five years is to be recognized not only by the underground scene but also by the rest of the world. They also look forward to one day opening up an organization for kids in their hometown of East LA where the children can be themselves away from such bad influences such as gangs, drugs or anything else of negative nature.

Las Mil Amores’ hard work and dedication is about to pay off as they embark onto the big league beginning with a media promotional tour promoting their new single Somos Empresarias. THey have also obtained a Masters degree in sociology and have a business of teaching girls their Vals for their Quinceaneras.