You might remember Evan Golden from being the runner up on Ivana Trump’s Reality TV Show “Ivana Young Man” or the Spokesmodel for Universal Studios Orlando. 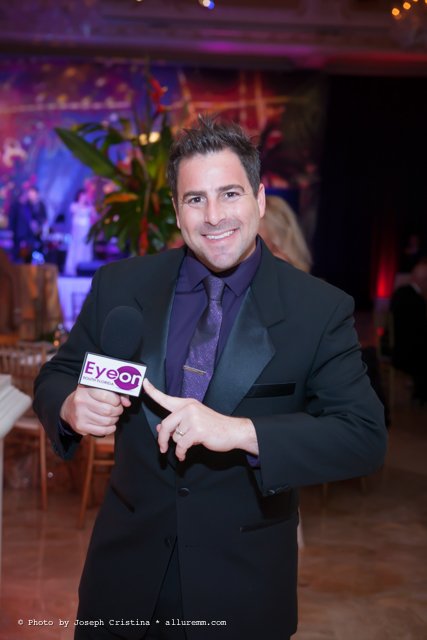 Since 2012 Evan has been the on air reporter and host for Eye on South Florida TV Show covering red-carpet events for the film, fashion, entertainment and charitable arena. Evan has interviewed some notable celebrities like Dan Marino, Donald Trump, Lebron James, Jon Secada, Brooke Burke and Mario Lopez to name a few.

When the pandemic started and all events were halted, he started his own interview video podcast show called “Talk Golden to Me.” Our favorite guests have included Victoria Silvstedt, Ian Grushka, Josh Martinez, Python Cowboy, Afida Turner and Rachel Bush. The show can be heard or viewed on all major platforms.

When Evan is not in front of a microphone he gives out a pair a day of his signature Golden Glasses. He has entire story highlight on his Instagram page @goldentv He gives out the Golden Glasses to help spread positivity and giving back. A humanitarian at heart. In 2013 he was the recipient of South Florida Young Leaders in Philanthropy Award by Simply the Best Magazine. Always committed to the community he was an honoree for “Men With Caring Hearts ”by the Florence Fuller Child Development Center, a member of “Real Men Wear Pink” by the American Cancer Society and in 2018 he was awarded an Apogee Award by South Florida Business & Wealth Magazine.