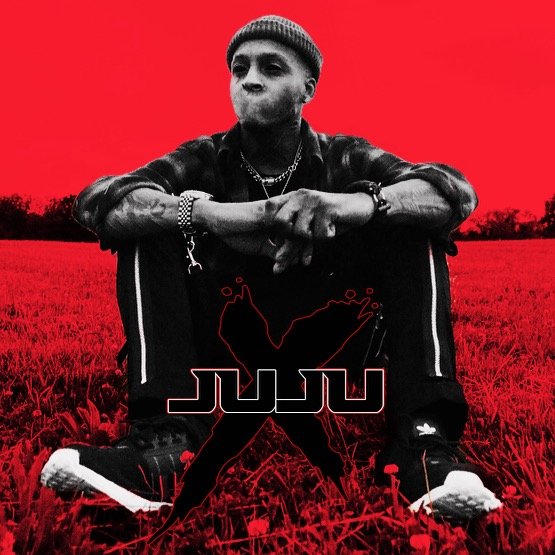 If there is an undiscovered artist to get connected with, it’s JUJU. He is from Richmond, Virginia and was born in 1994. As a person and artist he prides himself in being genuine and entertaining. JUJU is quite an expressive soul and he loves to amaze his audience, as a child he loved the arts; he expresses himself through comedy, dance, painting and music which are all great escapes from reality for him. He lives to be his own person and won’t let anyone define him.

Society is always into labelingSomebody, especially people in the music industry, JUJU does not care what society labels him or about anyone’s opinion about him. He is a devoted artist and a genuine human being. JUJU says, “I just want to inspire before I expire”. His goal is to show people that they can make it through anything and they are not alone. He wants to inspire those who are going through dark times and that everything is not okay but that’s okay and we can all make it to the top. His energy is definitely unmatched.

Music has always been around him but he was introduced to the music industry while acting in the “Migos” commando video. Just being in the rap group’s presence and having that experience opened JUJU’s eyes, so he knew if they can do this, so could he. That experience definitely provided him with insight on where he could be by doing music. JUJU’s music is quite different but has also gotten feedback that he has a Post Malone and XXXtentacion vibe. He’s learned a lot from his journey and one of those lessons is to not trust no one and to just do it yourself so the only person you can blame for failure is yourself and you won’t get played in the

game. He has also learned to remain humble and to stay true to himself; no one is number one or better than God he says, “pride comes before the fall”.

Right now he is focused on dropping singles and marketing them one at a time. He says, “as an artist I feel like if you just focus on promoting one song until it gets traction, then just move on to the next”. One of his goals for this year is to be picked by a label but not as a rapper or singer but as a writer.

Check out JUJU’s music and follow him on social media!