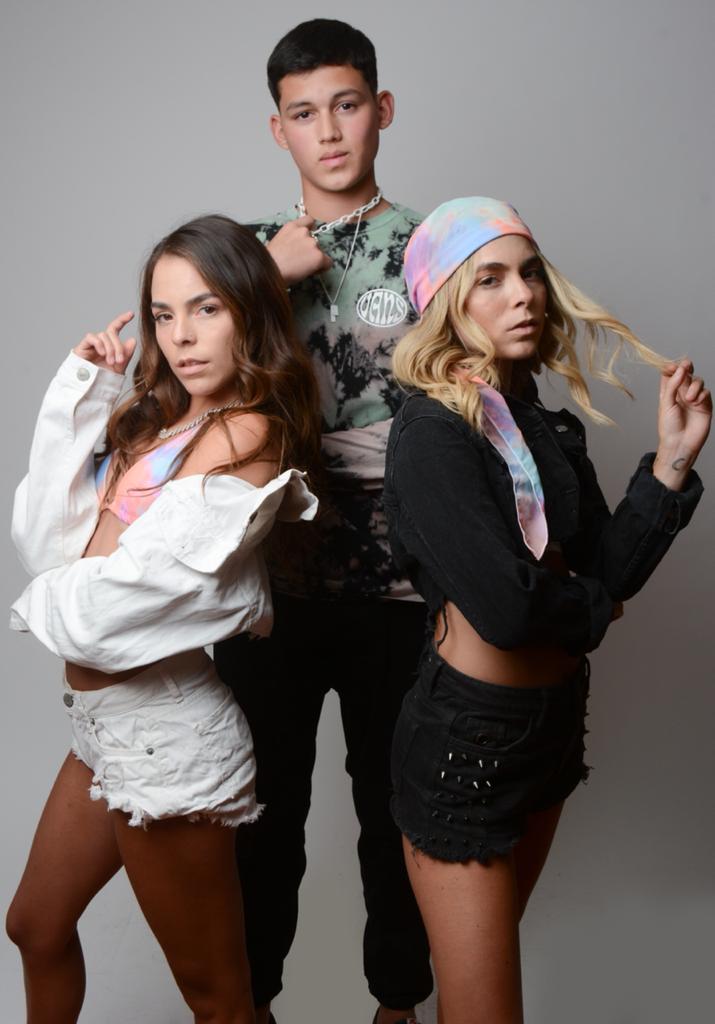 After the success of Keneth together with “Party at Home” and Las Prez (Regina and Valentina) with “How to Explain” they arrive to present their most recent promo entitled “El Cuento” an urban pop that is accompanied by a totally fresh video clip and colorful that will captivate all your fans.

The official launch will be mainly in Mexico, Guatemala, Colombia and Venezuela. Where the musical production was in charge of Jimmy Saravia and the visual production of Kenneth Muller under the seal of (GM RECORDS / MIRAMAR MUSIC P) where Mexico was the venue for the recording of said video clip in the city of Cancun and Acapulco .

Keneth GirónKeneth Girón Martínez, is a Guatemalan singer and songwriter born in 2003, who is known in the musical environment as Keneth. His passion for music and singing make him a youthful urban artist.From an early age he began his interest in urban music by drawing inspiration from the songs of various urban artists. What he started as a hobby ended as a vocation, his urban pop music is modern and fresh, directed for all ages.

His first singles “Más Que Amigos”, “Tenerte”, “Cero Compromisos” and “Party En Casa” were positioned at the top of the tops of urban radio stations in several cities in Colombia, Mexico, Venezuela and Guatemala, which It has led to visit these countries repeatedly, participating in important shows, including the coronation of Mrs. Colombia in the city of Barranquilla – Colombia.He is listed as the favorite Guatemalan street artist of the youth.
His music has been heard practically throughout Latin America, opening up space thanks to the main digital platforms.Valentina and Regina, Las Prez, born in Mexico City, almost identical twins, passionate about music, singing, acting and composition. They arrive ready to conquer the music industry. Graduates of Televisa’s CEA for children in 2013 began their careers as actresses, singers, dancers and broadcasters participating in series, television programs, reality shows such as “La Voz Kids México”, musical theater, commercials for various brands, choreographic groups of great artists Like Juan Gabriel and Thalía, they were members of children’s and youth musical groups in which they began as composers advised by their musical producer Jimmy Saravia.