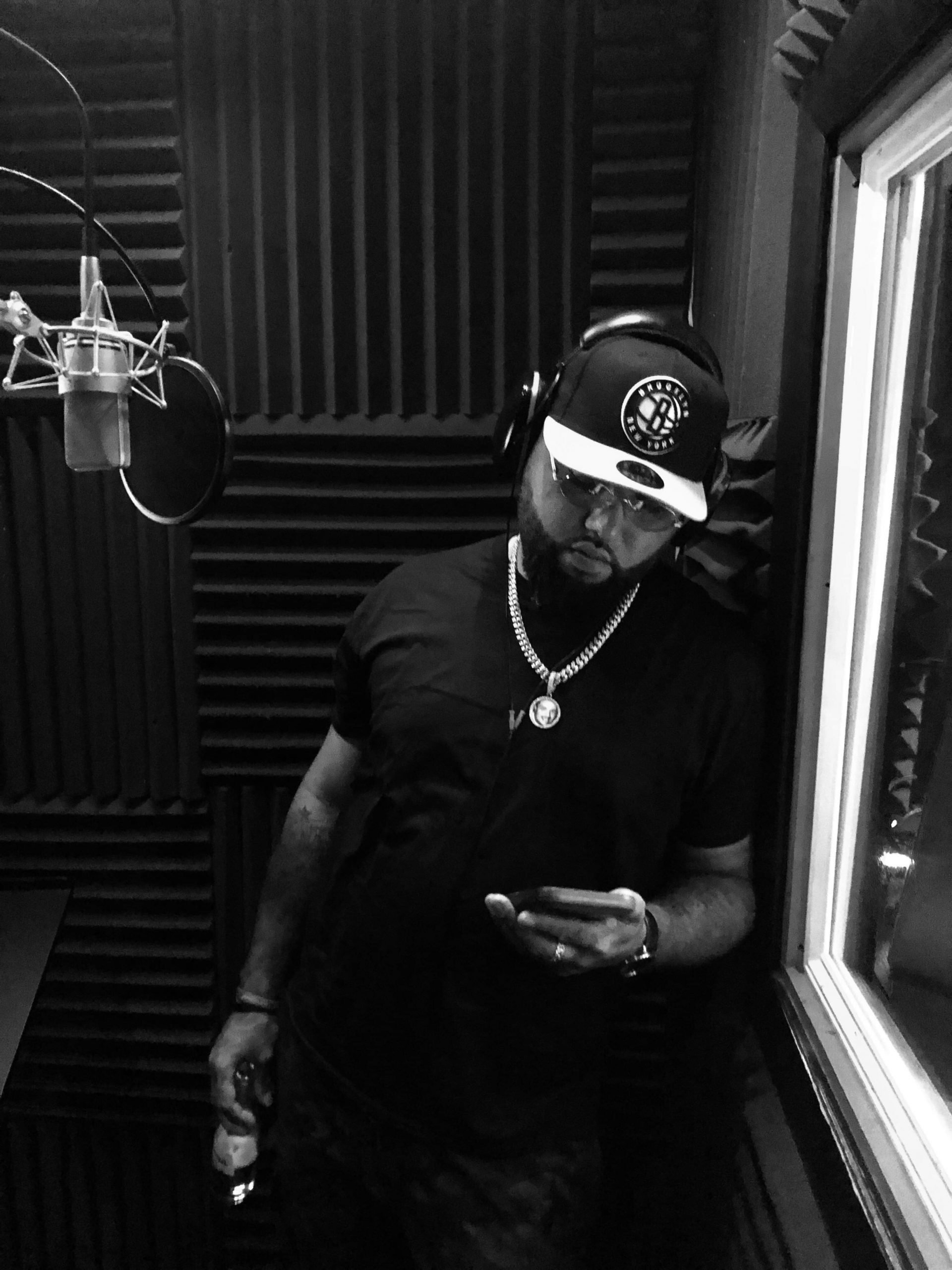 Andrew Vazquez better known as Santo 1Hunna has been doing music for quite some time. He knew music for what it is to be by seeing how much love his father had for music. Although his father was only in and out of Santo’s life due to a drug addiction when his father was around, so was the music. His father was a freestyle artist and dj. So music had influenced him greatly. Santo 1Hunna is from Willinantic, CT he is 28 years young and was raised by a single mother alongside with his younger brother. If anyone knows something about hard work, dedication and going after their dreams it’s Santo 1Hunna.

Growing up Santo had to deal with a lot of obstacles and struggles. He was kind of a rebel growing up and got into some trouble down the line when he was just 16 years old. He found solace in writing poems and songs during those times and when he came back home he ended up changing his life and got right to work full time. Santo 1Hunna came up and made things right. He loved music and continued to keep his focus even when things weren’t looking the best and also losing his father. Rapping and creating music was always fun for him and a great escape.

It wasn’t until late 2020 where he was introduced to an app called rap chat by one of his close friends and just started importing beats and writing so much more everyday. The dedication was real! Santo’s brother was also doing his thing with music and had mentioned going to the studio and creating music there. From then on it was history. Santo 1Hunna was hooked and loved perfecting his craft at the studio.

As an artist it’s always hard to get where you want to be, but if you love what you do, you do what it takes and that’s exactly what he is doing. He has gained a great fan base since he has started dropping music on YouTube, Spotify and other platforms. If people weren’t listening before they’re definitely listening now. He is reaching many souls and opening quite a lot of eyes. His streams and followers grow daily. Locally people are hip to his music and jamming to his songs so whatever he is doing seems to be working.

Other artists from Connecticut want to work with him and producers have been reaching out. His music has even reached the ears in Italy! So much is to come from an artist this motivated and ready to work. He is planning on recording in Florida as well with some well known engineers he has been connected with. Keep up with Santo 1Hunna he has so much in store and so much to show his audience. He will be dropping more singles and features.

He plans on releasing a mixtape or EP by fall and there’s hopes of a joint tape with his brother, so that’s going to be something to keep an eye out for. From growing up in a tough situation to being the creative and motivating man he is today he is definitely humbled but very hungry for success. He has learned to always take criticism whether it’s good or bad, take every failure as a lesson, and to always be humble but content with what he does. Santo is just like me and you, but he has the ambition to shine like other great artists. He wants anyone following in his path to have fun with it, enjoy it to the fullest, don’t get mad if things don’t happen the way you want it to, don’t be afraid to take risks and most importantly be yourself.