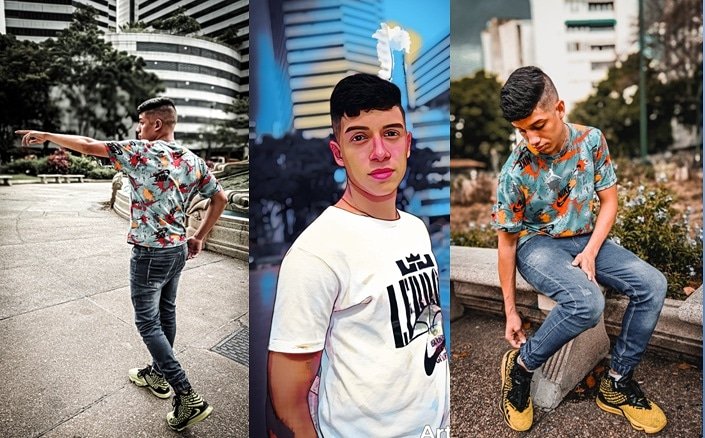 The youth artist seeks to position himself among the best of the Trap genre in the music industry in Venezuela and Latin America
Caracas.- Arvey Rojas, better known in the artistic world as Huracán Rojas, premiered his first promotional single “Sueño perdido”, on the YouTube platform with (official audio) with this song he hopes to conquer the entire Venezuelan public and seek to position himself as one of the main ones within the Trap genre in Venezuela and Latin America.
A native of the Miranda state, Sucre municipality, Petare parish and at only 16 years of age, this potential talent affirms that his family has been his main engine to go in search of his dream as a singer. “My mom and dad are my main engine to go in search of this dream that is materializing, I believe that in these times it is very important to fight for your goals and know that nothing in life is impossible,” says Arvey.
The new talent points out that he started making sounds with his mouth, which is known as (Beat) until one day he saw a colleague doing Freestyle and from that moment he was inspired to compose and sing.
“Before I saw music as a hobby, but as I studied and got to know music, especially the trap genre, my inspiration grew even more and I started writing and releasing tracks that sounded super good and everything started.”With her promotional theme “Lost Dream” she seeks to capture a story based on real life within the trap genre. “Lost Dream happens with a very special person who comes to me, being the afternoon at high school I say goodbye to her and never again. I will not deny it from the first day I fell in love with that girl as it happens in the movies and one night I took paper and pencil and the composition began to take shape “, under the seal of JCRPRODUCCIONES 2018.
The interpreter of “Lost Dream” affirms that his lyrics reflect very well the message that he wants to leave in the Venezuelan youth that will be part of his first studio album.
To learn more about “Huracán Rojas” you can visit their social networks. Facebook Arvey Largo. Twitter @HuracanRojasMusic. Instagram @HuracanRojasMusic. TikTok @HuracanRojasMusic. Youtube. Huracán Rojas Music.