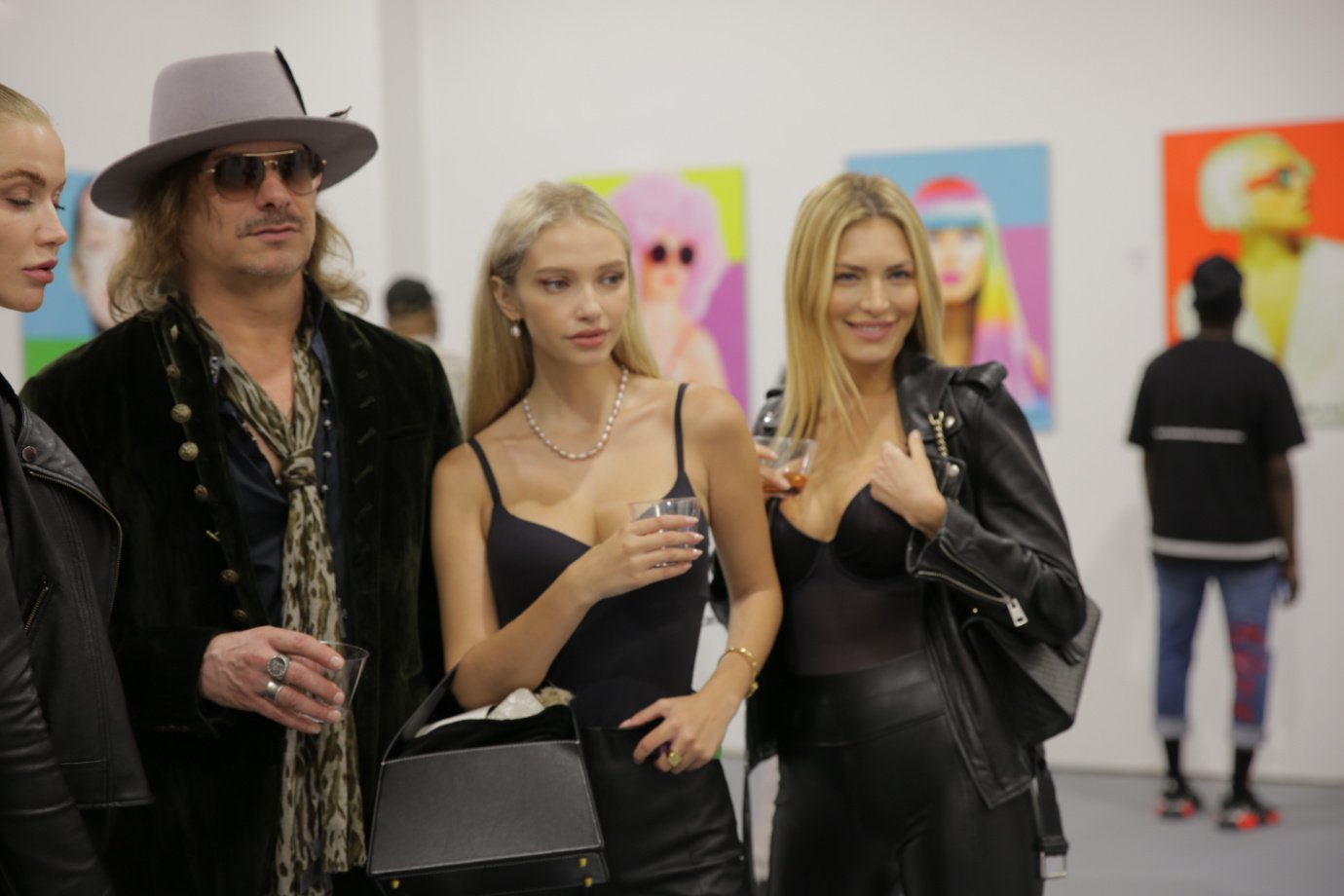 Next Spring New York’s red hot artist Marko Stout will bring this latest vibrant work to the famed Sampson Art Gallery in the South Beach art district of Miami. This event promises to be one of the highlights of Miami’s upcoming art season. Stout’s most recent sold-out show at the Brooklyn Art Cave was attended by many exuberant fans, art dealers, collectors and celebrities, who were treated to a vivid gallery full of the artist’s latest portraits.

Why We Love Marko Stout: An Artist, A Rule Breaker, And Celebrities’ Favourite

Being well-known in the art, celebrity culture, and social sector is a difficult and challenging job. Rising to the top of all three areas with your ability and talents tells a story of a committed, industrious individual who has achieved that position by being distinctive and innovative in his approach to life.

Among the names that are highly regarded in New York’s social circles is Marko Stout. The multi-talented visual artist exemplifies how art has no limits and knows no bounds in terms of expression.

His living circumstances at the time of his creative career are linked to the commencement of his artistic career. His residence was a houseboat on San Francisco Bay, where he shared a close relationship with his next-door neighbour.

This specific neighbour, who was a trained painter by the Art Institute of Chicago, operated a gallery, which provided Stout with more than enough motivation to pursue a profession in the arts & crafts industry.  His initial pieces and works were sold in that gallery, which served as a springboard for his future success and recognition.

Marko Stout’s work is distinguished by its versatility, which includes mixed media, painting, photography, video, new media, paintings, sculptures, and prints.  Every piece of work he does has a certain cultural reference and significance, which distinguishes him and his work from others in the same field.  His perfectionist tendencies are particularly evident in his metal paintings and sculptures, which are made of materials that are powerful and eye-catching, as well as vibrant colors.

Similar to any other creative genius, Stout is also known to maintain an outspoken public persona when it comes to his physical appearance, and sultry rockstar looks. Because of his avant-garde creative style, which he flaunts in black clothes, aviator sunglasses, and a variety of fedora hats, he stands out and distinguishes himself as a distinct character. That is another thing that differentiates him and makes him well regarded in the celebrity community.

Marko Stout has established a name for himself in New York Place, a city where dreams come true but where it is also difficult to be noticed – via his exceptional art and personality.

Many of his works have been admired and connected with well-known New York artists such as Andy Warhol, Basquiat, Jeff Koons, and even celebrities such as the Kardashians, among others. With the growth of his brand and his art, he has expanded into another sector – a casual urban line called “Urban tribe,” which features his distinctive style and artistry throughout.

Among his many celebrity admirers are David Hasselhoff, Tori Spelling, Caitlyn Jenner, and Charlie Sheen, to mention a few of the several celebrities. Furthermore, Marco’s work is not only pursued by celebrities, but also by a large and rising fan base.